WHAT IS THE INTERNET DOING TO US? 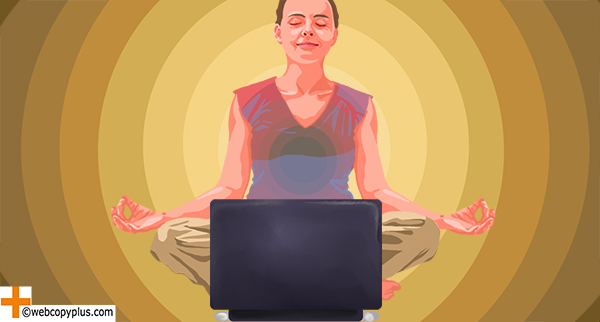 We’ve been emmersing ourselves in computers since the late 1970s, and scientists are beginning to identify and learn about the mental, physical, emotional and neurological consequences to our minds and bodies. The impact is significant.

The good news, thanks to research done over the last 15 years, is we’re learning which aspects of the human-computer interface are hurting us. This means we can begin to reverse those trends and make the computer a safer, more productive environment — and even initiate healing by design.

We Know What the Internet Does for Us

It’s hard to imagine life before Google, Wikipedia, Facebook and email, but mass access to computers and digital connectivity haven’t been around long (from a content perspective, we still remember when the web copywriter was a ‘nice-to-have’). The Internet turned just 45 in 2014 (it was created in 1969), and the World Wide Web was only launched in 1989.

Information on what the Internet does, and how it does it, is readily available; just consult the annual Akamai Technologies State of the Internet for neatly packaged factoids: did you know that the global average Internet connection speed increases about 14% year over year?

But What is the Internet Doing to Us?

Interestingly, the psychological and physical effects of the Internet and computer use on people is less widely reported. And we should care, because the Internet is an increasingly significant part of the human condition: A Harvard Business Review article concludes that people are adopting technology, including the Internet, faster than ever. It took the landline telephone 64 years to reach 40% penetration, and only 20 years for 40% of the world’s population to adopt Internet connectivity (compared to less than 1% in 1995, per Internet Live Stats).

We now have more access to information, but may have less ability to be optimally productive with it.

A recent Fortune piece references studies that suggest the Internet increases efficient brain function, but a little too much — creating “mindless consumers of data.” This overstimulation, even when using the Internet for only an hour a day, rewires the brain, reducing its ability to form the long-term memories needed for creating new ideas and concepts: “Creativity requires engaging our long-term faculties, to create new neural pathways and associations. By reading incessantly on the Internet, we scatter our minds, lessen our focus and diminish our aptitude.”

How did this happen? Possibly from prioritizing efficiency over ergonomics, then monetizing that efficiency into a business model. From Nicholas Carr’s “Is Google Making Us Stupid?” article in The Atlantic:

“The idea that our minds should operate as high-speed data-processing machines is not only built into the workings of the Internet, it is the network’s reigning business model….Most of the proprietors of the commercial Internet have a financial stake in collecting the crumbs of data we leave behind as we flit from link to link — the more crumbs, the better. The last thing these companies want is to encourage leisurely reading or slow, concentrated thought. It’s in their economic interest to drive us to distraction.”

It may be debatable whether Big Google is digitally bedevilling us into mindless data drones for deliberate financial gain, but it’s hard to ignore a growing body of evidence that computer-related psychological stress and physical computer stress warrant serious consideration.

What role does design play in this — and what role should it have in rehumanizing the Internet and the ways we interact with it?

Key areas for design love are, most obviously, the physical devices people use to access the Internet and the most widespread way to interact with those devices: The Graphical User Interface, or GUI. Xerox came out with the first consumer version of a GUI in the early 1970s, a decade before Apple, and we haven’t looked back since. Graphics-based communication provided consumers with an aesthetically pleasing way to bypass unintuitive text-based programming languages such as MS-DOS, ultimately increasing mass adoption of personal computing and digital devices. (For more history, check out this Ars Technica piece.)

GUI design is certainly about aesthetics, but is — or should be — mainly about usability. GUI impacts every aspect of how people interact with devices and with the Internet, including design elements such as windows, menus and icons that users click on with a mouse or pointer device, and touch with their fingers or with a stylus on touchscreens. Even when using voice commands, GUI remains important as a visual cue.

What then is “good” GUI and what does it need to do? There’s no magic bullet, but Harold Finkleman, Chair of the Canadian Institute for Transpersonal and Integrative Sciences, is a Webcopy+ associate and leading international expert in psychodynamics — the science of human response. This field covers communication psychology and design psychology, and considers many aspects of influence and impact, including the environment and its effect on how people think and behave. The design imperative is for an interface to create more positive psychological and emotional responses, not just facilitate “bigger, faster, more.”

Commonly adopted GUIs, like Macintosh and Windows operating systems and their web browsers seem entrenched — but Finkleman suggests the Internet and World Wide Web can be expected to go through many technology-driven, creativity-driven and market-driven iterations like all other mass media technologies, such as radio, telephones and television. Adoption may have happened very quickly, but refinement will be over decades, not years. Finkleman also emphasizes that it is all about people: the evolution of personal computers, the Internet and the Web has been, up to this point, mainly about business, but business is still ultimately about the consumer. What’s good for the latter, can only profit the former.

So how do we go beyond designing interfaces mainly for looks and profit, to designing for people’s comfort and needs? In his report “Ending Computer Stress Before It Ends Us,” Finkleman summarizes two top-level considerations:

A Good Interface is Holistic
An interface should support how people’s brains actually work, how they think, and their actual behaviours, not just drive people to see and process more quickly and mechanically to satisfy a business or operational model. Since all components of GUI and the way they work together impact the consumer, designers must consider all documented issues (psychological, physiological, neurological, sociological and intellectual) and how people might respond to them, not just provide functional solutions to perceived inefficiencies.

A Good Interface is Fresh
Like the best design in any medium, the savvy designer won’t just refurbish an existing interface or website design for a profit-driven, largely cosmetic change — but will use design psychology to create an interface that improves on current design strategies, to enhance the health, safety, productivity and environmental experience of the user. If you are going to use new tools, don’t adjust. Begin where you started in the first place: meeting your unique challenge to attract and engage your target audiences with specifically desired impact.

What’s next? A future beyond ubiquitous screen-based GUI is already here: a world where interaction can be screenless or does away entirely with a physical interface, and involves a near-universal connectivity across digital and physical devices.

The tech is still maturing, but the Internet of Things — multiple devices and appliances connected in real time to the Internet, including the cloud, and to each other — is a growing reality.

For some types of “things” the user’s behaviour is the primary input, so “things” simply need to be better at basing their design and responses on peoples’ behaviour. Interaction design (IxD) — a cross-functional, integrated design field encompassing digital (including Web-based) and physical products, environments, systems and services, and how people interact with them — arose organically in response to the requirements of this conflating world.

Interaction design is based on satisfying the needs and desires of the anticipated user, imagining and synthesizing things as they should be based on user profiles or behaviour to create a positive experience, rather than simply making the most of existing developmental limitations.

2 responses to “WHAT IS THE INTERNET DOING TO US?”