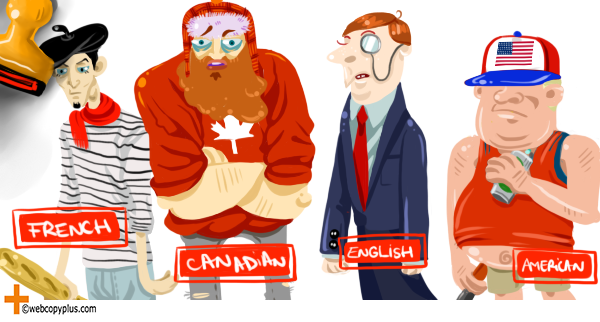 Are you marketing to people or stereotypes? Sweeping generalizations result in crappy marketing campaigns, offend audiences and spark backlashes. So take the necessary steps to keep your personas real and relevant.

You don’t have to go far to witness offensive stereotypes. Just Google a few nationalities and you’ll see what the search engine giant suggests with its autocomplete feature, based on popular searches.

So are Brits ugly, French rude and Americans stupid? No. Just like all Canadians aren’t nice, syrup-swigging hockey freaks. Not all black people listen to hip-hop. And not all Asians are good at math.

Many of these beliefs are totally off the mark. Take, for instance, the internationally renowned myth of bad teeth in Britain. Mike Meyers packed his Austin Powers scripts with countless jokes reinforcing this stereotype. However, Brits statistically have the best teeth, according to the Organization for Economic Cooperation and Development, which studied the average number of decayed, missing or filled teeth in 12-year-olds. They were rated ahead of 17 countries, including the US, which ranked 10th.

Where Do Stereotypes Come From? 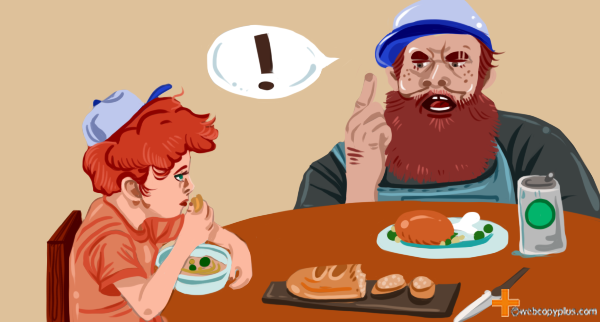 Children absorb stereotypes from families, friends, teachers and media. These oversimplified, dogmatic beliefs continue to be reinforced for years, often about people we have very limited or no authentic personal experience with. So we define and then see, versus experiencing encounters and subsequently forming our own impressions. As a result, we approach each encounter with bias.

Why? It’s cognitively efficient. Categorizing groups helps make sense of the world and saves processing time, so we don’t have to think too much. We feel we generally know what to expect from ‘our group’, as well as members from the ‘other groups’. Remarkably, we tend to see members of our own group as individuals, and view those in other groups as an undifferentiated mass.

Additionally, stereotypes can superficially make us feel better about ourselves. It’s like the playground bully with low self-esteem putting down others. To feel good about the ‘ingroup’ we belong to, we look down on and bad mouth outsiders from the ‘outgroups’.

“When we use stereotypes, we take in the gender, the age, the colour of the skin of the person before us, and our minds respond with messages that say hostile, stupid, slow, weak,” Bargh told Psychology Today. “Those qualities aren’t out there in the environment. They don’t reflect reality.”

There are countless stereotypes that are portrayed in marketing, which miss opportunities and alienate audiences. Common culprits include: 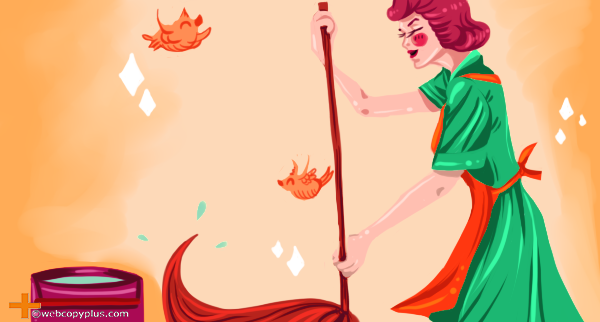 Women are often portrayed in domestic settings, obsessed with a new house cleaner or stressed about dinner. Check out these stats surrounding women and men in advertising from the Journal of the Academy of Marketing Science:

Since Word War II, popular media have increasingly put forth a thinner and thinner body image — often unattainable and unhealthy — as the ‘ideal’ for women. Fortunately, several brands are launching campaigns that empower, reassure and connect emotionally with women.

For instance, a This Girl Can campaign by Sport England challenges the typical portrayal of women in sports advertising and celebrates a wider range of body types. Slogans like “I’m slow but I’m lapping everyone on the couch” resonates with their target audiences.

Society in general may be shifting. France, for for example, recently passed a bill banning ‘excessively thin’ models. And an advertising watchdog has recently launched a formal investigation into a “beach body ready” campaign that it claims is offensive and socially irresponsible. 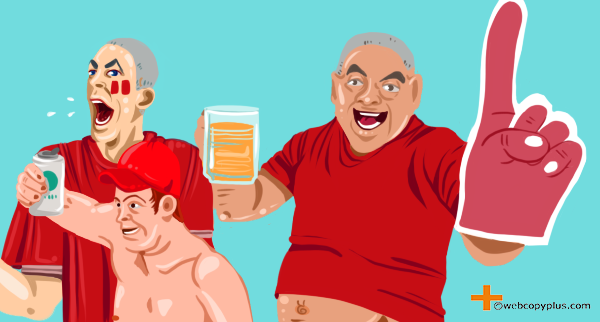 While women are urged to pursue beauty and sex appeal, men are packaged into traditional ‘meat and potato’ categories, such as:

Many positive traits are promoted as unmanly, like the ability to feel a range of emotions, including fear, hurt and confusion. Maybe that’s why so many guys refuse to stop and ask directions. While the media industry tends to characterize men as macho meatheads, skirt chasers and inept at parenting and relationships, some brands are actually connecting.

Take personal care company Dove, which realized men weren’t happy with how they’ve traditionally been depicted as fathers. Research revealed that while three-quarters of dads say they are responsible for their child’s emotional wellbeing, only 20% saw that reflected in the media. The brand responded with a Super Bowl ad that highlighted a more modern take of fatherhood, complete with the tagline: “Care makes a man stronger.” 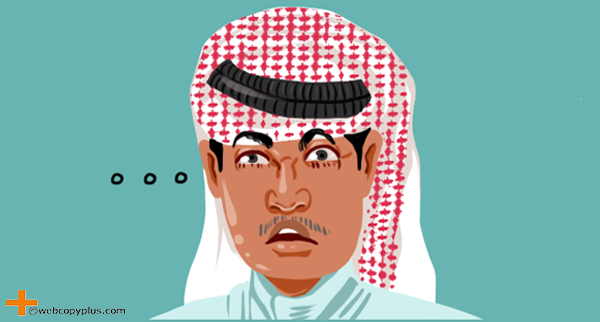 Being culturally and racially sensitive is important. When Coca-Cola aired a Super Bowl advertisement, members of a number of American-Arab groups were furious for being portrayed as “backwards,” and the company’s relationship with the Arab community was compromised.

The advertisement depicted four different groups: Arabs towing camels and wearing keffiyehs; cowboys on horses; a biker-style gang; and a bus with showgirls. Set in a desert, the four teams raced toward a jumbo Coca-Cola bottle. Coca-Cola then had consumers vote which team would win — and the Arab group was not included in the poll. They lacked respect and understanding, and got heat for it.

Here’s a quick test that might burst your bubble. Think about the gamer industry. You know, those socially-inept, acne-ridden guys living in their parents’ basements? Right. Well, a UK study revealed a quarter of all gamers are actually over 45-years-old, and here’s the kicker: 52% are women.

The key to going beyond stereotypes is treating customers for what they are — individuals. Of course, you can’t always market to people one by one, but you can approach your market segments with intelligent interactions. Take a page from companies like Amazon and Netflix, which work tirelessly to deliver highly personalized experiences.

Here are some ideas to get past stagnant stereotypes:

Get out of your seat and talk to your customers — yes, actual people with names and personalities. There’s nothing like good, old-fashioned conversation to remind you that real people are using your products and services. Carefully listen to, capture and study their feedback. Also, if possible, talk to and draw experiences from your sales team and other frontline staff.

You can, of course, top up your information gathering efforts using your existing email list or social media accounts. Be sure to ask about your company, about themselves, their preferences and the marketplace at large. Affordable tools like Survey Monkey, Checkbox or Survata can help even the smallest businesses. And don’t be afraid to incentivizing them to prompt participation.

The second step is to marry those anecdotal narratives with data. Today’s marketers have vast access to information and data about individuals to help reduce and even eliminate assumptions. Where can you look? Josh Loewen, Director at The Status Bureau, suggests leveraging data you probably already have access to.

Keyword research and Google Analytics provide a great starting point. However, according to Loewen, Google Search Console is the single most overlooked tool on the Web. “The search analytics identify specific market opportunities,” he explained. “Rather than trying to hunt for any elusive white whale opportunities, you can see what you’ve already caught or are able to catch.”

Gone are the days of Mad Men when marketers used to spend money blindly. There’s a plethora of marketing tools, metrics and formulas around us to promote continuous improvement and better serve people. The problem, stated Loewen, is businesses almost never have them set up properly.

“There’s piles of data, but out-of-the-box data doesn’t give you insights,” he said. “Filter queries to uncover the right numbers. It’s critical to identify what’s important and usable for you and your clients, otherwise you get PDFs and XLS files piling up with no value.” Loewen suggests even an hour a month setting up and reviewing data with a specialist can set a business up for long-term success.

Get Close, Get Personal 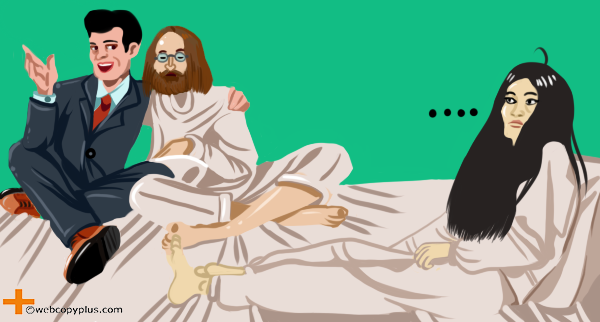 Avoid stereotypes and celebrate diversity. Make the effort and investment to truly understand the people you’re marketing to. It’ll allow you to go beyond ‘the masses’ and create meaningful content and campaigns that speak directly to the needs and interests of real individuals. In return, they’ll reward you with real results.

Want to get real results with your website? Say goodbye to dummy text and hello to smart content.

8 responses to “BEYOND STEREOTYPES”